Available inventory in the region continued to tighten. Last month, the number of homes for sale decreased 13.5 percent compared to March 2015, resulting in 1,334 fewer homes on the market. Hancock, Johnson and Marion counties’ listings declined more than 15 percent, while Boone County showed the only increase, with one more house for sale this month than in March 2015.

The average sales price of a home in central Indiana rose for the third month in a row in 2016 to $176,245. Each county showed growth, except Hendricks County, where home prices declined approximately 1.9 percent, or $3,500. Shelby County’s average sales price increased more than $16,700, or 14.6 percent. The second-largest gain was in Madison County, where home prices grew 13.4 percent, or $10,600. Of the nine counties that F.C. Tucker tracks, Madison County recorded the lowest average sale price at $89,901, while Hamilton County netted the highest average sale price at $272,524. Year to date, home prices are approximately 2.7 percent ahead of 2015.

“It is a prime time to be a seller,” said Jim Litten, CEO of F.C. Tucker Company. “Sellers do not have as much competition, as buyer options at all price levels – starter, trade-up and premium – are dropping, especially in the starter category. And, the pacing of sales continues to accelerate month over month.” 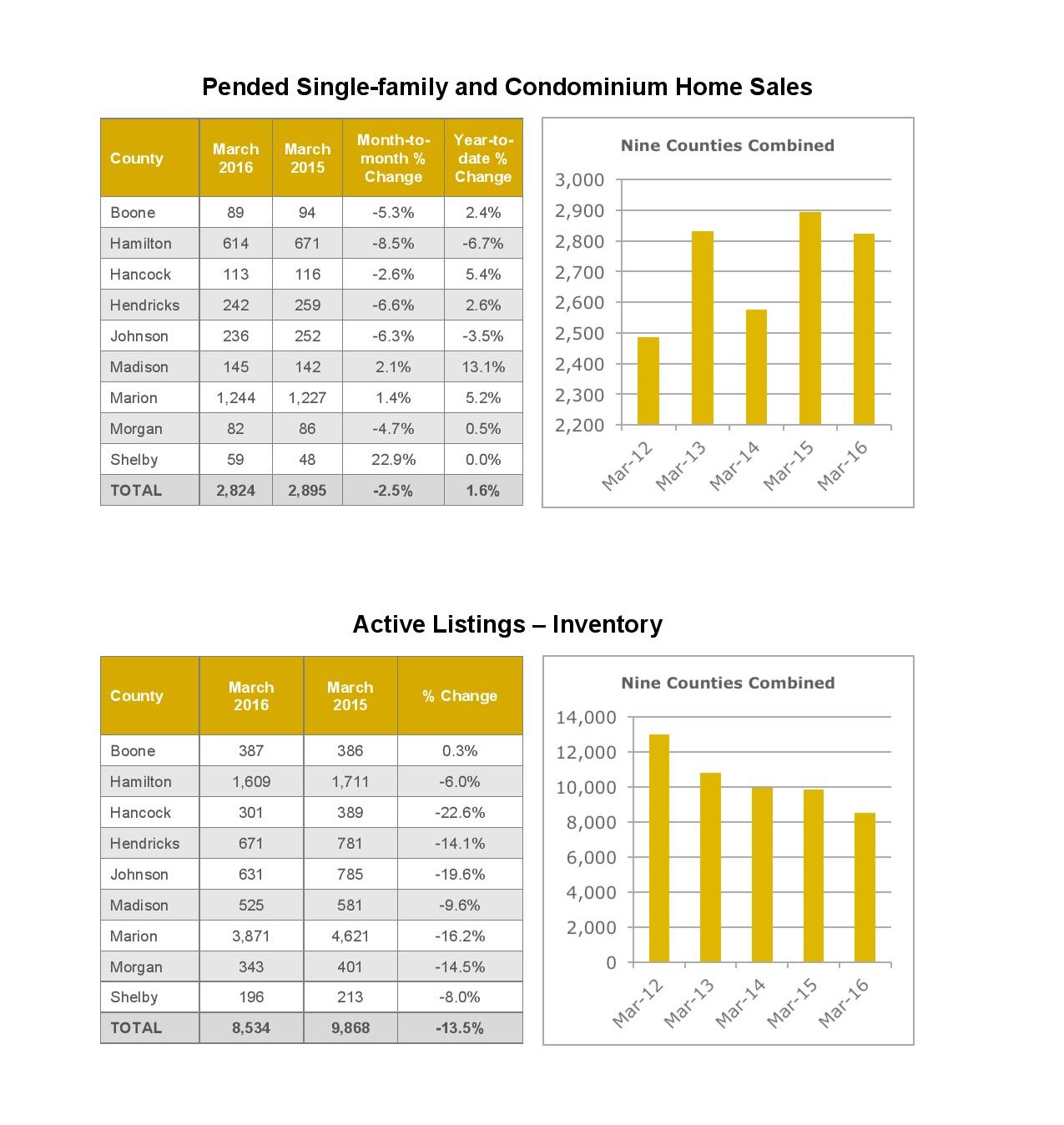 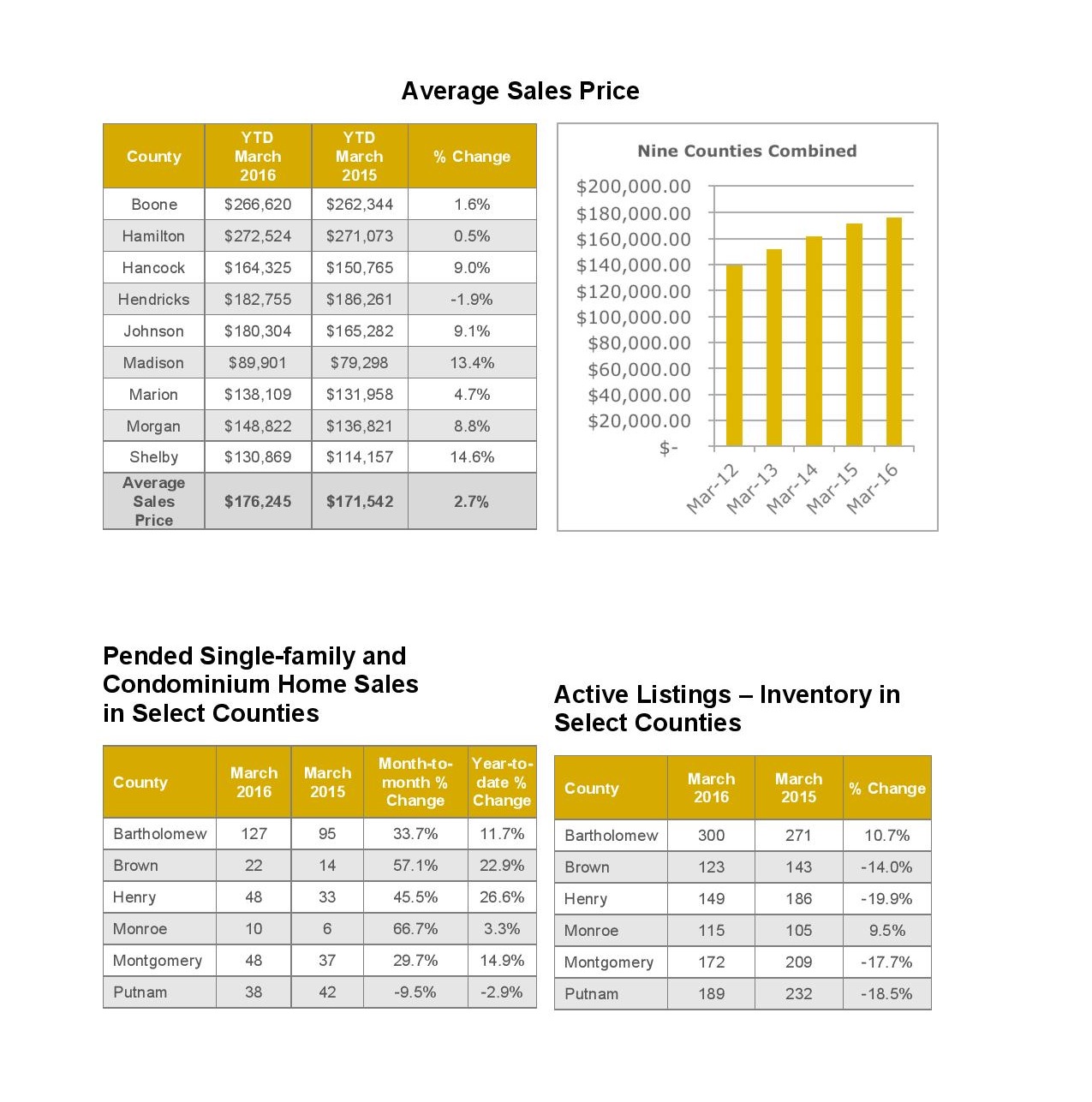 For more information about what listings are currently on the market, visit www.talktotucker.com OR download our new app for iOS and Droid users here. As always, if you or anyone you know is looking for a local market expert, tell them to #talk2ben!