INDIANAPOLIS – According to F.C. Tucker Company’s real estate data of the nine-county Central Indiana region, pended home sales are gaining momentum. In February 2016, pended sales were down 3.5 percent compared to this time last year, while January 2016 sales had been down 9.5 percent. Available inventory in the region was also tighter in 2016, with 883 fewer homes on the market than February 2015. During this time period, average sales prices grew modestly by 2.7 percent, now at $171,932.

All but one county showed a decline in available inventory compared to last year. Morgan County’s listings were off nearly 18 percent; Hancock County’s listings dipped 17.7 percent. In Marion County, approximately 500 fewer homes were available, which represented an 11.4 percent decline from last year. In total, 8,411 homes were for sale during February.

“The Spring buying season will heat up the market, but the low level of inventory will keep demand in check,” said Jim Litten, CEO of F.C. Tucker Company. “As this trend continues, it’s more apparent average sale prices will only continue to rise. Other factors, such as an increase in flipped homes and the popularity of certain neighborhoods, aid the rise in prices; but currently, the lack of inventory contributes most to climbing home prices.” 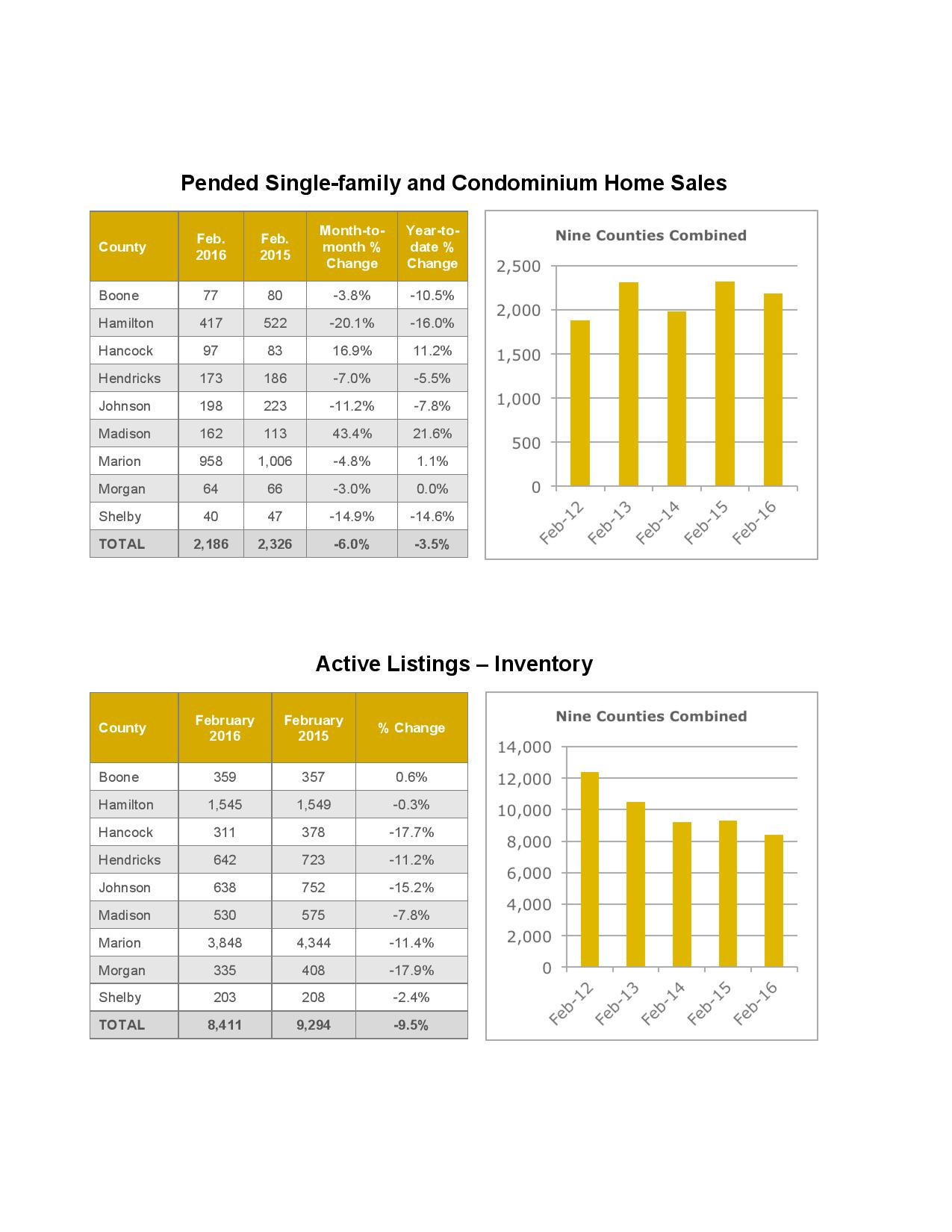 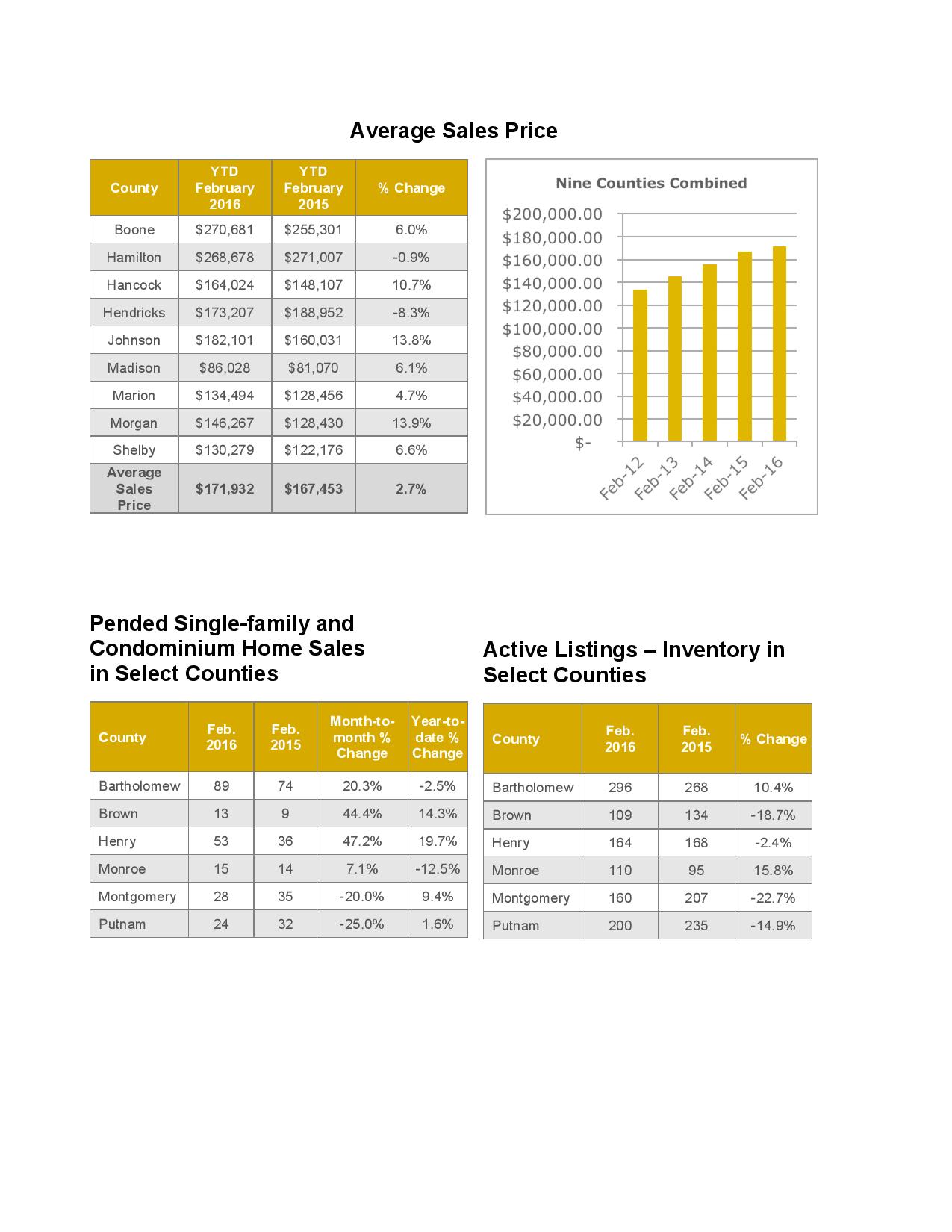 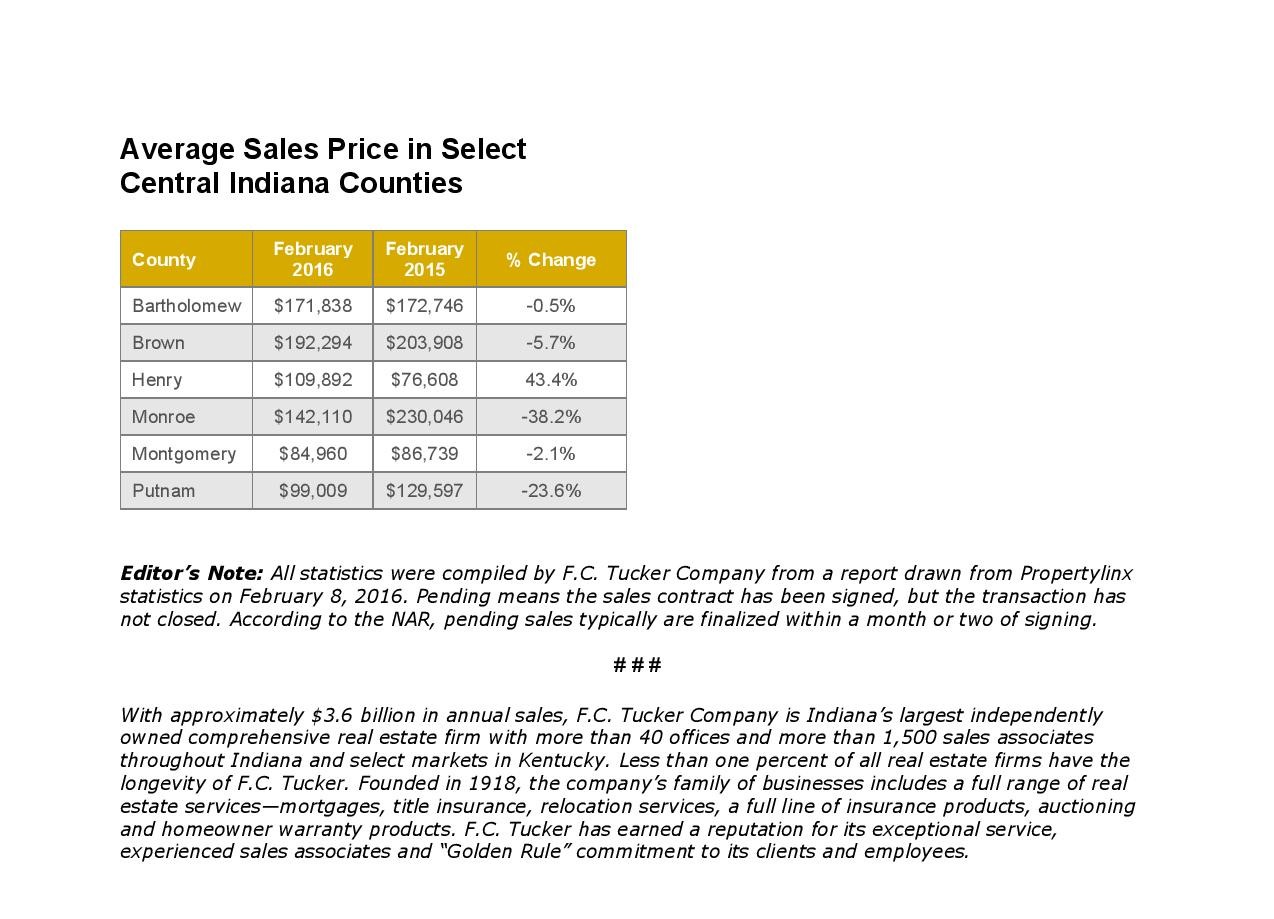 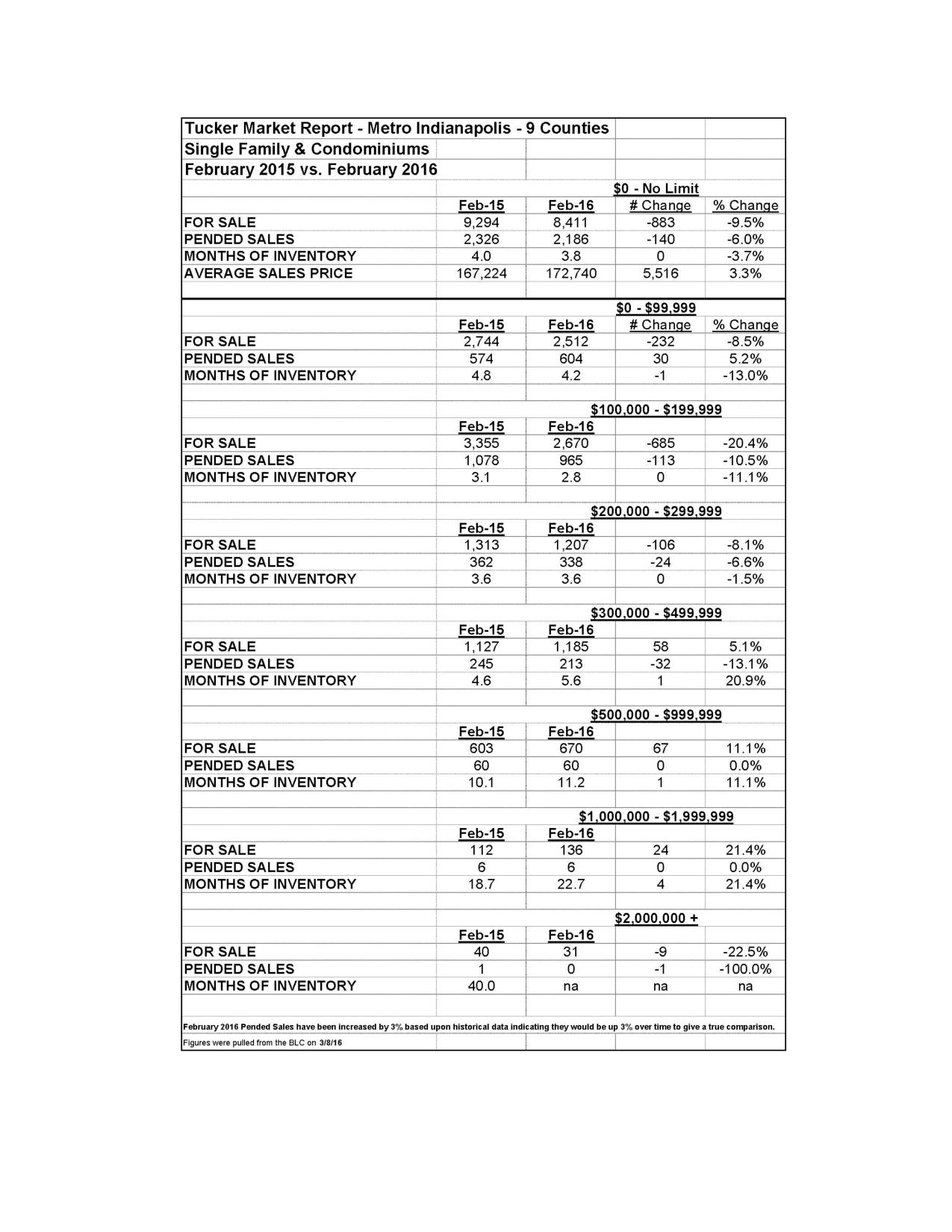 With listing inventory so low, now is the PERFECT time to list your home and get it SOLD. Talk2Ben today for listing information and a FREE comparative market analysis of your home.